Drawing North have never strayed to far from the cutting edge of popular music since the band was launched back in 2010. What began then as a five piece is now three as frontman PO, Jake and Drew continue their legacy of living lights, taking the issues of today, the same issues they have worked their way through too, and putting them into songs that meet their audience where they are most hurting in life.
Sure they push the boundaries but the response to their music is proof that the message is getting out there and young people are identifying with it.
Recording their debut album ‘El Dorado’ in Nashville with acclaimed producer Jason Weiner (Paramore) was an experience which allowed and encouraged them to take those next steps up and the resultant four singles all performed well for the lads.
Their latest recordings, including singles “Shape Of You” and “Stay” continue to make impact with their mainstream audience. 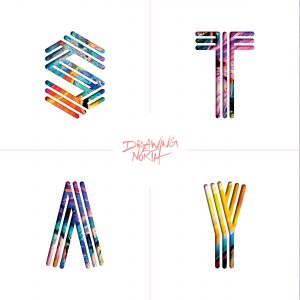