Birthed amongst the Christmas cheer of 2010, Steeplejack swiftly came under the spotlights with a runners-up place in the Gunn’s Annual Artist Showdown at St.Kilda’s Esplanade Hotel, venue of tv’s ‘Rockwiz.’
The band were unusually productive in those early weeks, creating & building a repertoire of solid material, bringing honest challenges and a message of hope & were able to hit the studio for their debut album ‘The War Inside.’
The Grove Studios and renown producer Andy Mak hosted the band in 2012 to record their EP ‘Welcome To Ourselves’ and the band hit the pubs and clubs of Melbourne and southern Victoria with an engaging rarity of power rock harmoniously fused with an eager longing for purpose and meaning in their young vintage/modern genre. 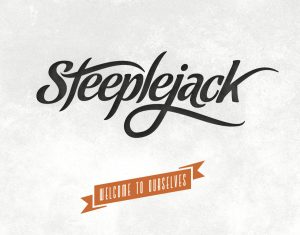